How to find a serious gay relationship

A breakup letter to my Dating Apps

You probably knew this was inevitable. I’m sure you’ve noticed how distant we’ve been lately. If you’re upset that I haven’t been swiping as much and opening you less often, know that I never did this to hurt you. I was simply trying to make this process easier – for both of us.

Honestly, the only reason I’ve kept you around is because I was comfortable with you. It’s time that I did what I have to, though. You have been there for me, yes, but it’s time I act in my best interest, rather than keep doing I was used to. This may be hard to hear, Dating Apps, but deep down, you know this hasn’t been working for quite some time.

The truth is, you don’t know me. You might think you know me because you know my favorite movies, the jokes I like to tell, or what I look like based on a few pictures. Also, who knows what kind of data you have stored in those servers of yours. But when it comes down to it, Dating Apps, you only know me at the surface level.

I don’t hold that against you. It’s understandable that an algorithm or artificial intelligence wouldn’t truly know who I am. You’re not human, after all. I don’t mean that in a bad way, though, you’re literally not a human. Right now, I need someone who understands me. It’s time I move on to someone who gets my nuances, who laughs at my sense of humor. I need someone who won’t just add all of the facts into some mathematical equation, but will be able to look at me from a complex, emotional perspective. I am, after all, a complex, emotional being.

I hate to say it, but you’re kind of shallow. I’ll admit, I was intrigued by you at first. Your sleek design and sharp photos were enough to draw me in initially. As our relationship progressed, however, I realized that you weren’t interested, or maybe even capable, of looking beyond who I was on the outside.

When you asked for pictures, Dating Apps, at first it flattered me. I got some swipes and likes at the beginning and felt over the moon. As time went on, I started to realize that we would never be anything more than an app and a user. The attempt to connect with you became tiring after a while, as I started to realize that you weren’t trying to get to know me, but only wanted me for my likes and photos.

You don’t listen! Every time I think I’ve gotten somewhere with you, you interrupt me. Sometimes I just want to send a message without you telling me how much fun this colorful game is, or insisting that I check out this dark, new show on premium cable. Your ads are out of control. You have a problem, and it’s time you admit it.

I get it, you need ads in order to survive. I’m not trying to bash your lifestyle, Dating Apps, but the more ads you show me, the more I feel like you don’t actually want me to meet someone. I’ve started to feel like all I am to you is a consumer. I deserve better than that. I have needs. I’m a real person, with thoughts, feelings, and words. Sometimes I feel like you only care about one body part of mine: my thumb. You’re just in it for the clicks and swipes.

Yes, there’s someone else. I didn’t intend for any of this to happen, but I have to do what’s best for me. In my search for romance, I’ve discovered someone who will devote the time, thought, and energy into finding me a match.

Beau Brummell Introductions listens to me. They spend time learning who I am, and not just through photos or basic interests, but through real, in-depth conversations. They don’t have ads for me to click on, but conversations for me to engage with. They see me as human being because that’s what they are: human beings. They don’t rely on an equation or a couple thousand swipes to make me happy, but on a real, satisfying connection.

Moving on is necessary. It felt like a big step at first, but I know that this is the right step for me. Please don’t cry for me, because I’m finally happy.

So long, Dating Apps. Maybe we’ll swipe right on each other in another life. 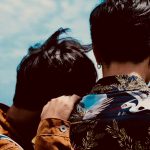 How can we still meet and connect with one another when we’re more far apart than ever before?Lifestyle 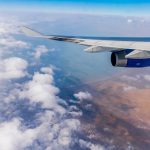