No one loves conflict. Conflict adds stress, it provokes anger, and it can make you uncomfortable. Hours, days, and years have been spent resolving conflict. However, this doesn’t mean that conflict is inherently bad.

If you partner with a matchmaker, you may expect them to match you with someone who you won’t have conflict with. While this might seem nice, it’s not realistic. Conflict can happen between anyone – even in solid relationships.

These differences are okay. What’s not okay is when we hide from conflict, or deal with it in a toxic way.

You can walk away…

Sometimes, conflict leads to such strong emotions that we get overwhelmed, or find ourselves unable to control our actions, or with the desire to start lashing out at people we love. This is not ideal, but feelings like this are part of being human. Sometimes, it’s okay to walk away.

Walking away allows you to cool down. It allows you to find a clear head in a situation where things might seem cloudy or irrational.

So, if you need to, remove yourself from a stressful situation…

Walking away from conflict is only effective if you actually end up returning to the situation to resolve it. Ignoring conflict does not make it go away, but plants a seed that will grow into a nefarious weed that will pop up when you least expect it.

Stepping out can help calm you down, so use that calm and peace to help you resolve the conflict at hand. Don’t try to sweep the issue under the rug, but listen to the other person as you discuss the issue at hand – whatever it may be.

We all face conflict, even with those that we love dearly. It’s natural to find yourself at odds with someone on occasion, so don’t feel bad about occasional disagreements or even arguments. What is not okay, though, is responding to conflict by putting the other person down.

Put downs are not conflict – they are unkind and personal. While we all feel frustrated at times, putting the person on the other side of the conflict down is not a productive response.

…But find a balance.

Discussions are fine in a group setting, but sometimes, extensive conflict can make others uncomfortable. It isn’t very considerate to air out issues with your partner when you are with other people. So, think about ways you can resolve conflict without making other people uncomfortable. Step away from the situation, or discuss the conflict at a later time! 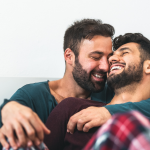 Loving someone else means loving yourselfLifestyle 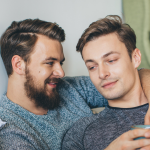 How do you plan a future with someoneLifestyle