I do… or I do not. Should you get married?

I do… or I do not. Should you get married?

It has been a tradition in nearly every culture for thousands of years. Some cultures have arranged marriages, and some cultures expect that everyone get married to someone of the opposite sex.

While marriage has changed – from who is allowed to get married, to where you get married, to how often you get married – it is still a huge part of a relationship, wherever you live. If you have a significant other, chances are this question has come up, whether it’s between you and your partner or from the people who love you.

But should you get married?

People get married for all kinds of reasons. There are religious considerations. Many believe that marriage is a requirement for a romantic relationship. If this is something you believe, then make sure you speak to your partner about it.

You and your partner may not have the same beliefs, and that’s okay. Just make sure that you communicate that with one another. If one of you believes that marriage is a necessary part of life, but the other doesn’t have a preference, then it might be appropriate to tie the knot.

In some ways, marriage can seem antiquated. Dowries for instance, are not as common anymore, and neither is the father of one spouse “giving” their child away. Just because some tradition may seem old-fashioned to you, though, doesn’t mean you have to throw out tradition completely.

You may not want your parents to “give you away,” but the idea of establishing a relationship between your parents and your future is not inherently a bad idea. You can lean on tradition, while at the same time making it your own.

Don’t do it for others

“When are you getting married?” “When’s the wedding?” “Are you going to tie the knot?” These kinds of questions can get overwhelming. Eventually, you might feel tempted to get married just so people stop asking… or to appease your family. But while your family is important, you shouldn’t get married just for them!

Marriage is a commitment. It could be a religious commitment, or a legal one, or one to express love. Whatever the reasons you have, as long as they are your reasons, then they’re valid! But remember that there are more than one ways to express commitment.

Commitment to you might mean a huge wedding with all your friends and family inside the church you grew up in. Maybe it’s a small wedding on your favorite beach. Commitment might also mean no wedding at all. You don’t need to feel pressure to get married if commitment for you happens every day, with the little things you do for each other, rather than a grand ceremony.

create a gay family find a gay partner gay committed relationship gay dating agency Gay dating service gay long term relationship Getting married
I do… or I do not. Should you get married?2022-06-012022-06-01https://beaubrummellintroductions.com/wp-content/uploads/2017/06/logo_2.jpgBeau Brummell Introductionshttps://beaubrummellintroductions.com/wp-content/uploads/2022/06/1-1.png200px200px 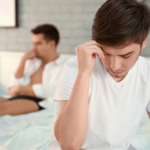 Your past is the pastLifestyle 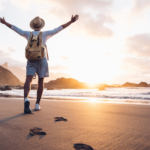