To Tell The Truth

You’ve probably heard it a million times: “Honesty is the best policy.” While honesty is, of course, typically the way to go, as we grow older, we start learning that honesty is sometimes a little more complicated. There are some situations when lying could be justified, such as when you’re protecting an innocent person from unjust persecution. Also, saying exactly what you think isn’t always the best thing to do, like if your grandma is wearing a dress that is a little bit out of style. So, how do you balance the complicated nature of honesty when it comes to a relationship?

Secrets are natural for humans. We all need privacy to some degree, whether that’s in ourday-to-day activities or our more serious lives. But what level of privacy is appropriate for a romantic relationship? Should you be a closed door, or an open book?

As far as secrets go, ultimately, it’s down to your relationship. Some couples prefer to leave things unspoken, while others want everything shared. When it comes to secrets, the focus should not necessarily be on the information you share, but on whether hiding certain information would be a betrayal of your partner’s trust.

Have you ever thought something that if you said it, a significant other – or anyone for that matter – would be offended? Maybe you thought a stranger’s singing was terrible… but that mean it’s right to yell at someone on stage that they stink! Sometimes it’s good to spare feelings.

On the other hand, if your partner wanted to sing but had a voice that could break glass, the kind thing to do might be to tell them that perhaps being a superstar wasn’t for them. It would hurt their feelings, sure, but ultimately it might be the right thing to do. What it comes down to when sparing feelings is your motives – are you helping or hurting someone?

A bed of lies

Sometimes, the full truth may not be the most appropriate, such as if you are out to eat and your partner has a piece of spinach in his teeth. Loudly pointing that out in front of other might be a little embarrassing. However, never telling your partner that they are always getting things caught in their teeth could feel like a betrayal.

Lies can build up, like drops of water in a boat. One droplet isn’t a big deal, but if the whole boat is full it will sink! A few lies probably won’t ultimately harm a relationship, but building a foundation on those lies will certainly cause it to sink.

A foundation of truth

Telling the truth isn’t simply about one statement or one conversation, but about creating an environment where truth thrives. One lie may not be inherently harmful, but it creates a precedent. When you and your partner prove to one another that you will be truthful, you form a relationship where lies aren’t something you have to worry about. Truthfulness isn’t a one-time thing, or something you create with one statement. You grow truthfulness in all aspects of your communication. 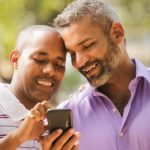